There are many questions the team keeps in mind when creating a new Overwatch map, but ultimately, we want the art and aesthetics of any given map to add complexity and depth to the gameplay. We have made some changes to the maps to reflect broader Overwatch 2 shifts. One example includes adding cover to existing Overwatch maps to accommodate having one less tank. Another example includes the new daytime and nighttime cycles that make certain areas easier or more difficult to see, and it gives an overall different vibe to each map. This design philosophy and development inspiration is seen throughout the four new Overwatch 2 PvP maps debuting in the April 26th Beta test —New Queen Street in Toronto, Colosseo in Rome, Midtown in New York City, and Circuit Royal in Monte Carlo! 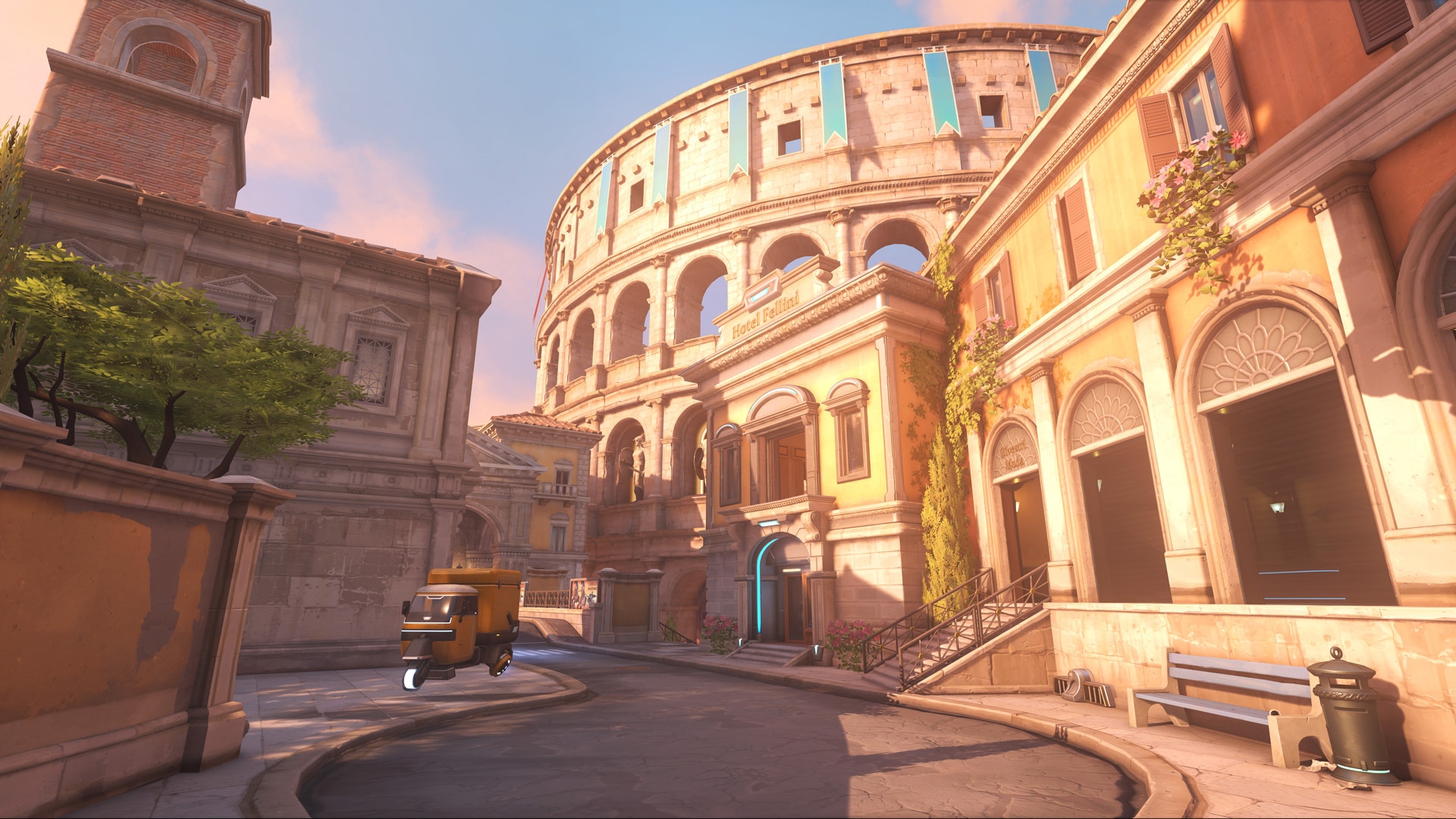 New Queen Street and Colosseo are the first maps for the new Overwatch 2 core game mode Push. Players will begin their match on opposite sides of a mirrored map and meet in the middle to push the robot forward to either end of their opposing paths. “Most of the goals for these maps align with the goals of the game mode. Push is inherently faster paced than other game modes like Control and Escort,” says Game Director Aaron Keller. He goes on to describe the Push maps as, “...a little more porous, meaning it’s easier for flanking. You need to watch multiple locations.” 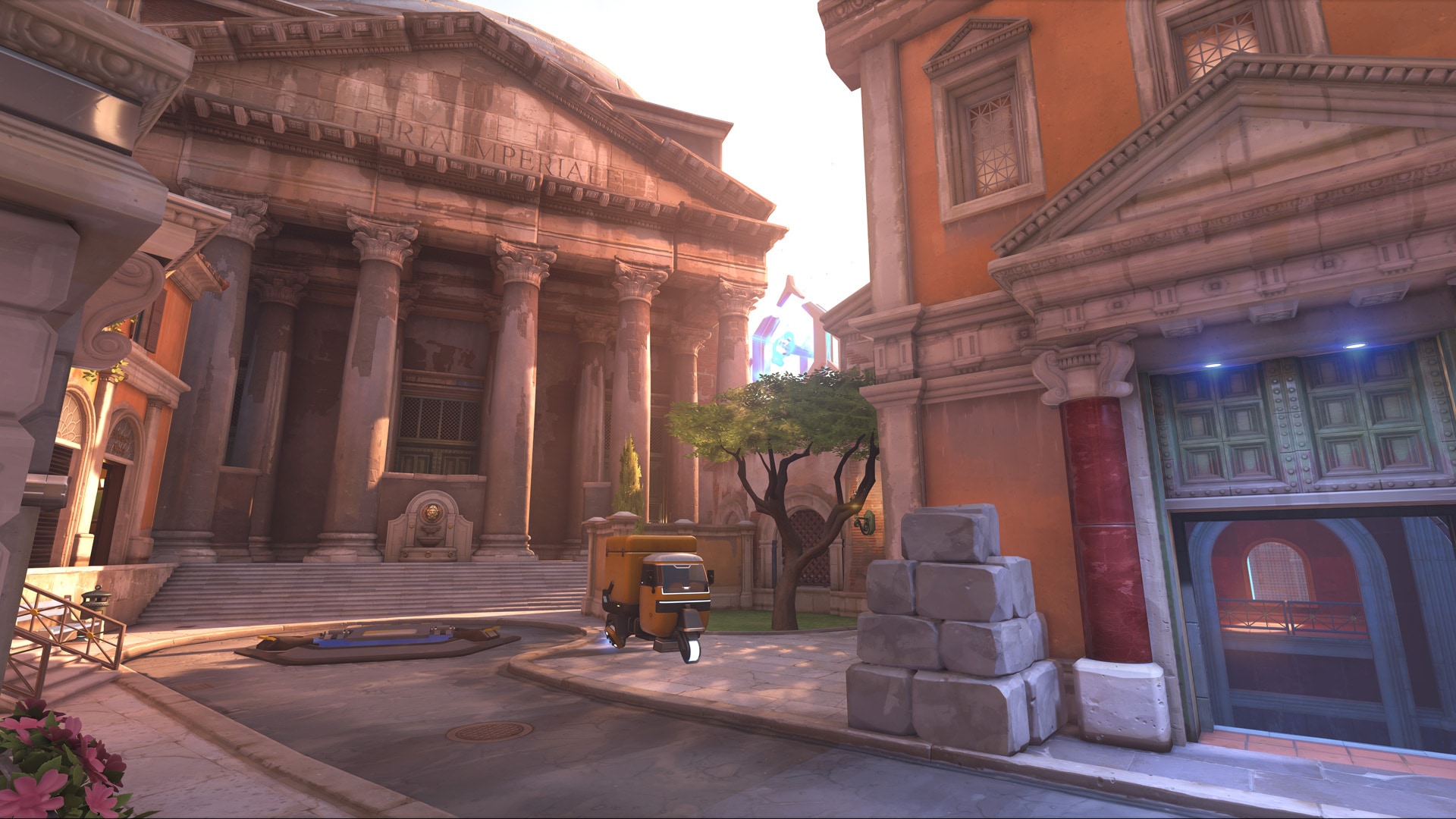 Because Push maps are symmetrical, there are several design choices that differentiate opposing sides of the map. “We wanted to make subtle changes, like one half of the map having cooler tones and the opposite side being warmer. You will notice that the signs, storefronts, and aesthetics are unique to each side,” says Art Director Dion Rogers. The team utilizes these design choices to add visual cues that clarify and enhance the gameplay objectives of Push. 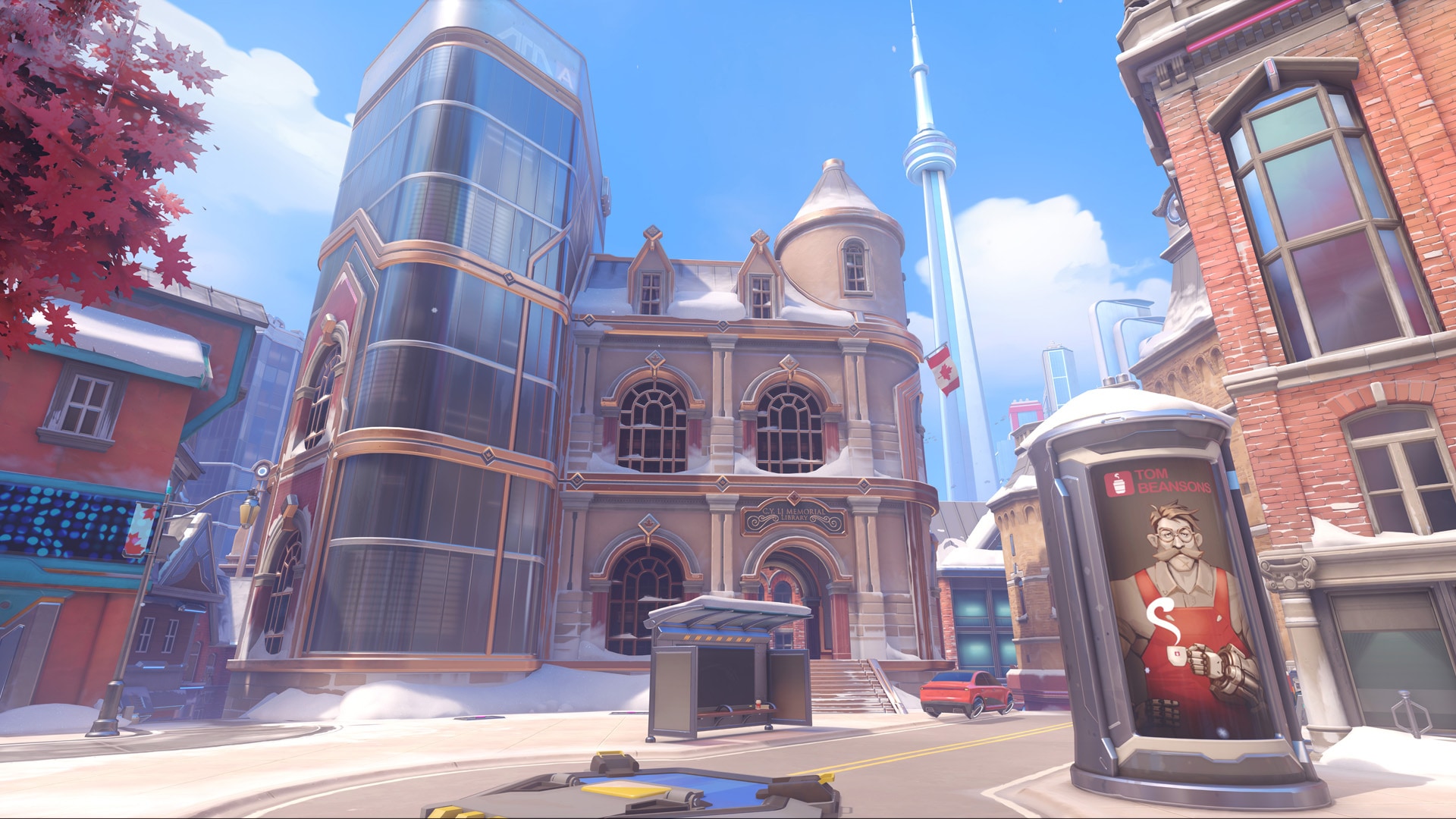 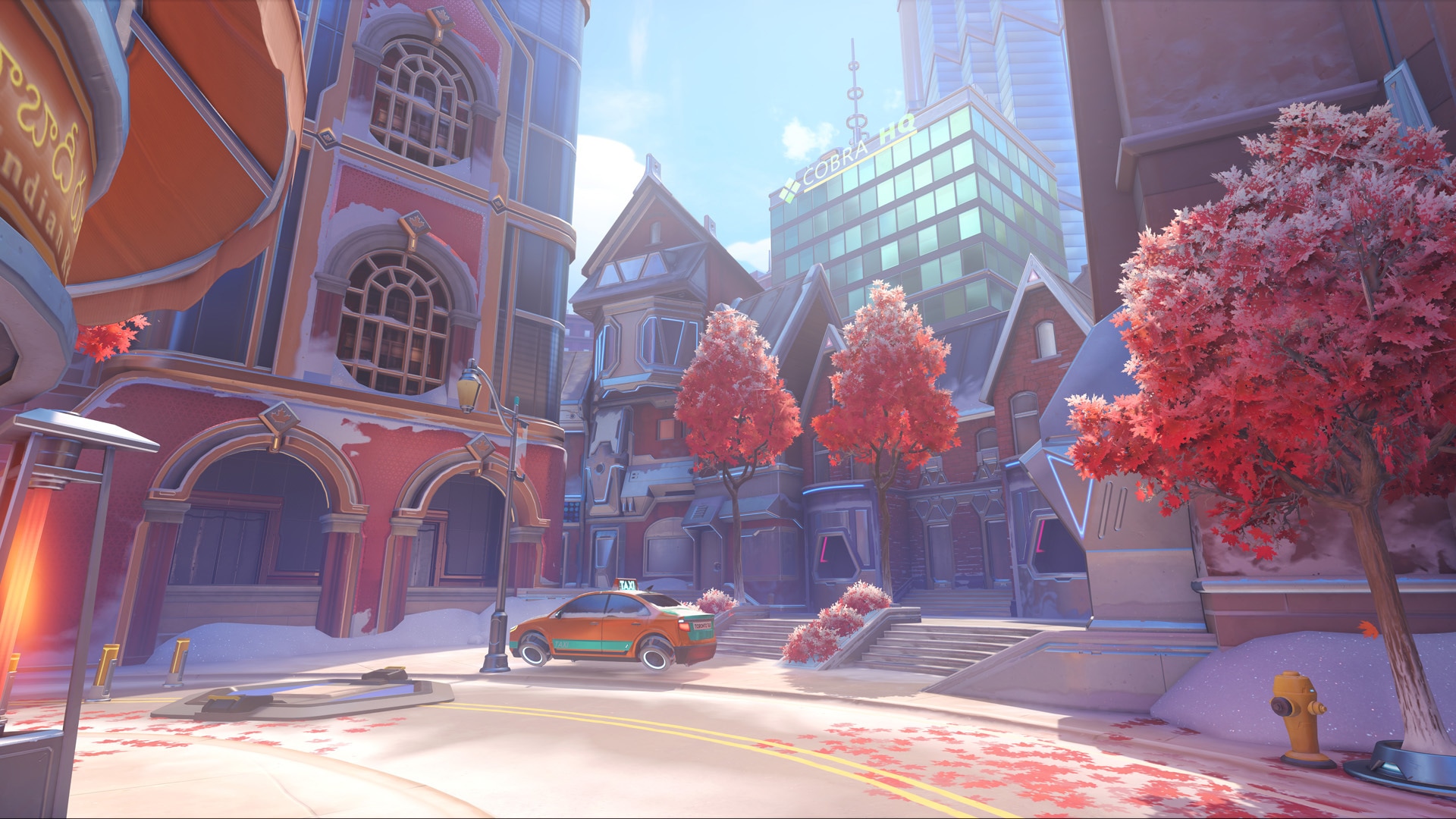 You may recognize this development strategy in other game modes; Circuit Royal, the new Escort map, and Midtown, a Hybrid map, both have a similar goal of visually directing players with environmental design. Rogers explains further, “We want to highlight the capture point by making them iconic locations, like the fire house and Grand Central Station in Midtown. Players learn visually where the important parts of the map are located, and the world guides the game mode.” This guidance can lead players to capture points or to other points of interest, like Circuit Royal’s uphill switchbacks where it’s imperative to work with your team to shift the power balance in-game. “Switchbacks are like chokes in the sense where they encourage tension and instigate team fights,” says Rogers. “A united team can get through this area, but it requires you to work together.” 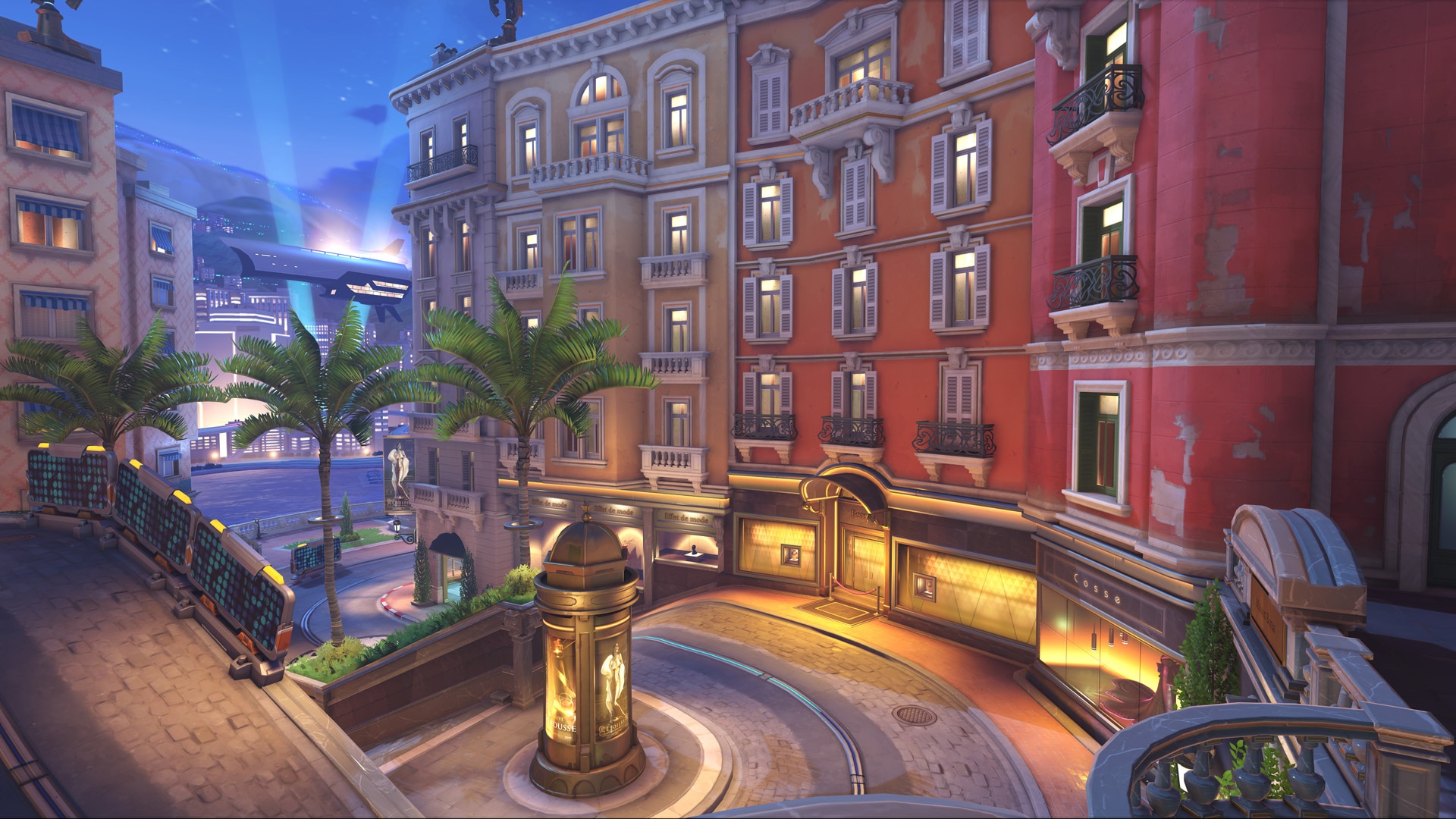 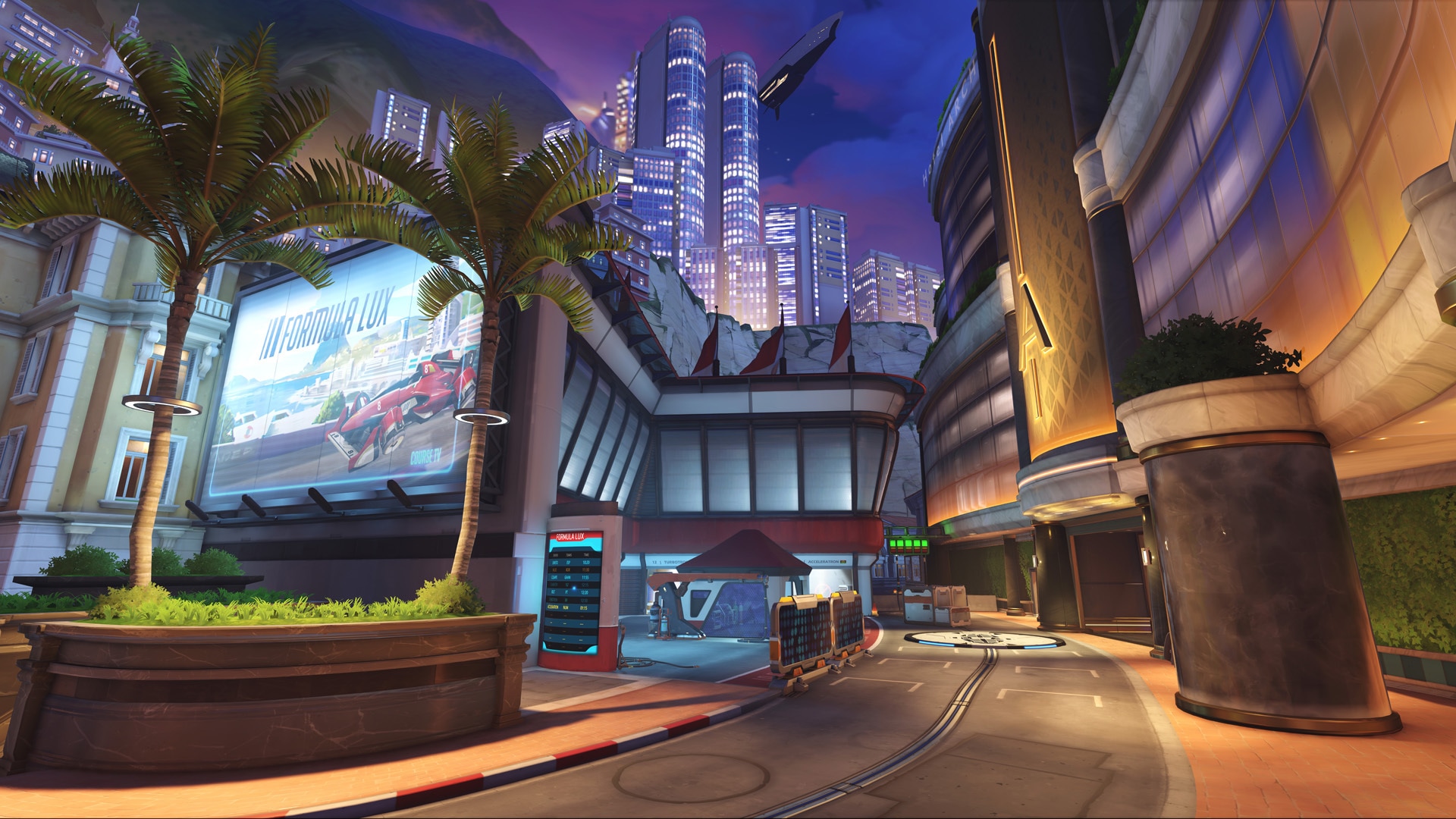 There are tons of ways maps can support game modes, but they're also important storytelling tools that help us build the world of Overwatch. “We want players to feel like they time jumped into the future where these cities are in their Golden Era,” says Rogers. “With each map, we are trying to find the ‘Golden Moment’ through the cities' architectures, culture, vision—and we want that to come across in our design.” Toronto feels cool with the snow and beautiful red maple leaves, but it also has a warm, welcoming feeling that represents Toronto’s multicultural history. For Circuit Royal, the art team leaned heavily into the opulence of Monte Carlo’s expensive architecture and prestigious races that the city is known for! This is where the super wealthy go to play and watch AI compete in the races. Colosseo in Rome draws themes from the Renaissance as well as gladiators from Ancient Rome. New York has these sweeping skyscrapers and draws inspiration from art-deco style. 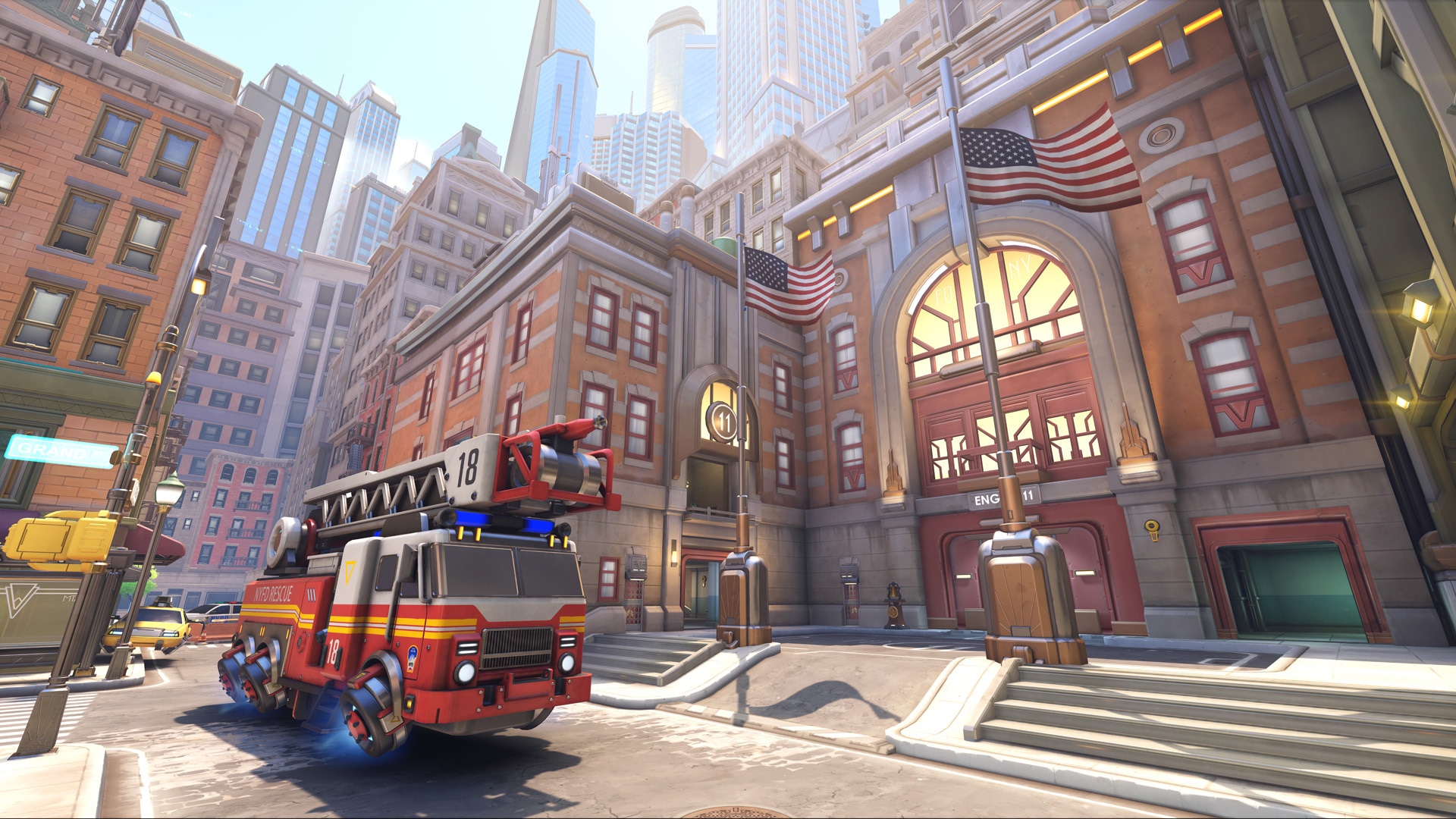 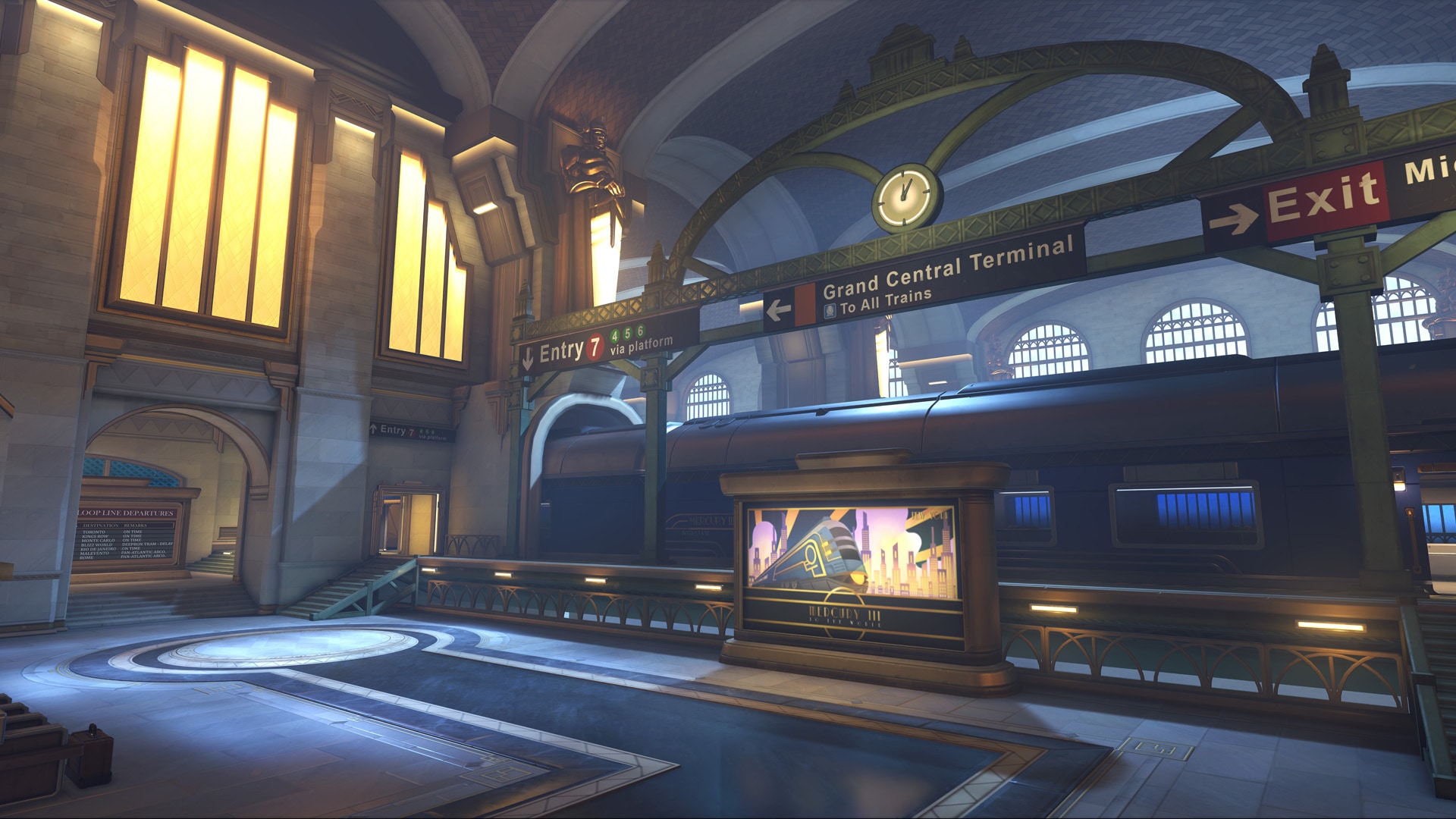 These new maps and features are still a work in progress. We’ll be closely watching how players engage with these new locations and game modes during the April Beta to consider further adjustments! We can’t wait to show you more!