Get ready for your day of reckoning–Reaper’s Code of Violence Challenge is here!

The reckoning draws near. Stalk amongst the shadows to reap limited-time rewards, including the Legendary Dusk Reaper skin.

From now until March 8, players will be able to earn a player icon, seven unique sprays, and Dusk Reaper (Legendary) for a total of nine new rewards.

Playing games in Quick Play, Competitive Play, and Arcade will earn you a limited-time player icon, a spray, and the Legendary Dusk Reaper skin, in addition to regular weekly rewards! Each win counts as two games. 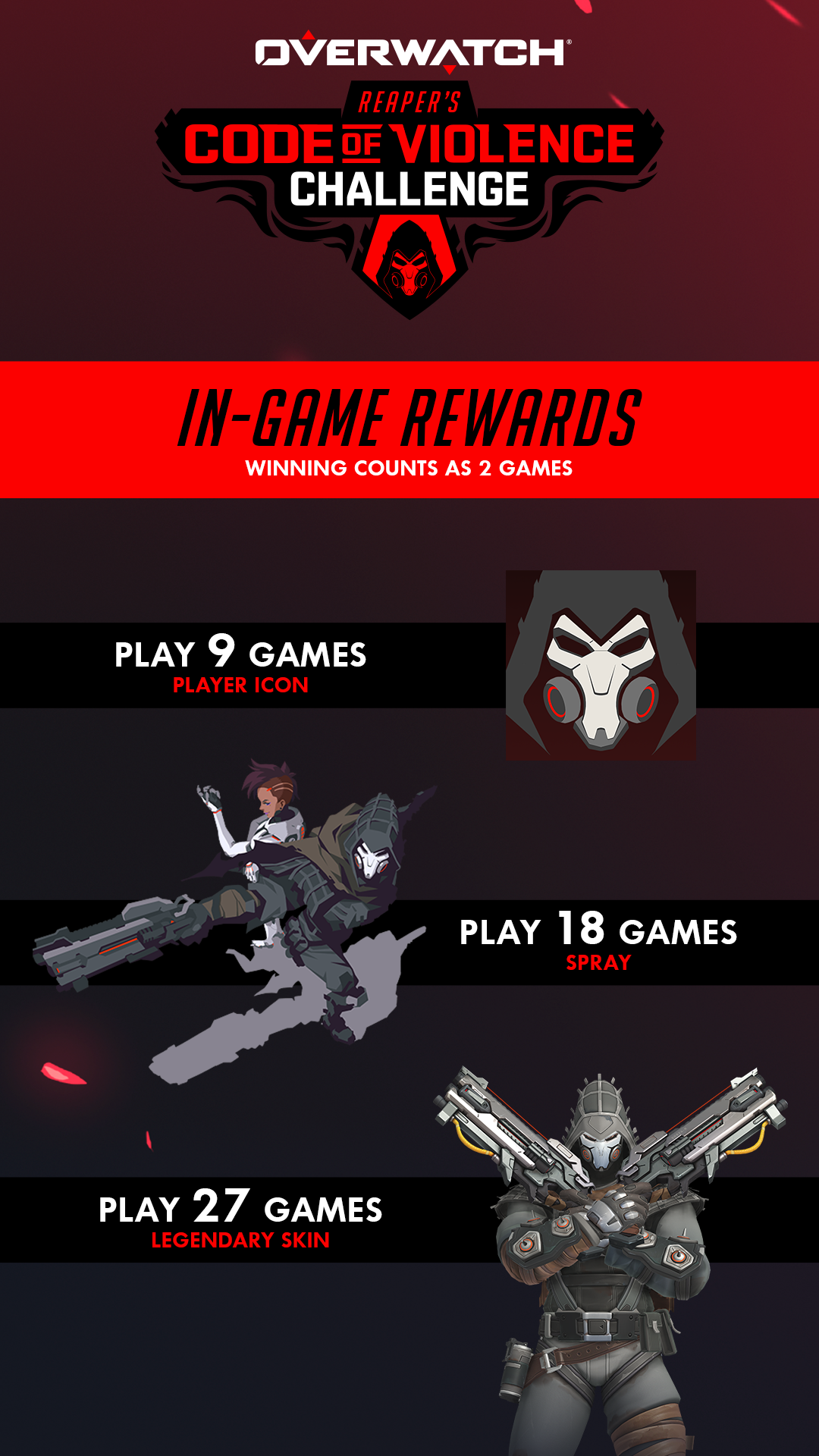 Unlock additional rewards by watching Twitch streamers to get even more Reaper-themed cosmetics. Tune in to any Twitch streamer while they’re playing Overwatch now through March 8 to earn six Reaper’s Code of Violence Challenge sprays!

IMPORTANT: To be eligible to receive these Twitch Drops, you must first link your Battle.net account to your Twitch account. Visit the Twitch Connections page to log in and complete the link now. 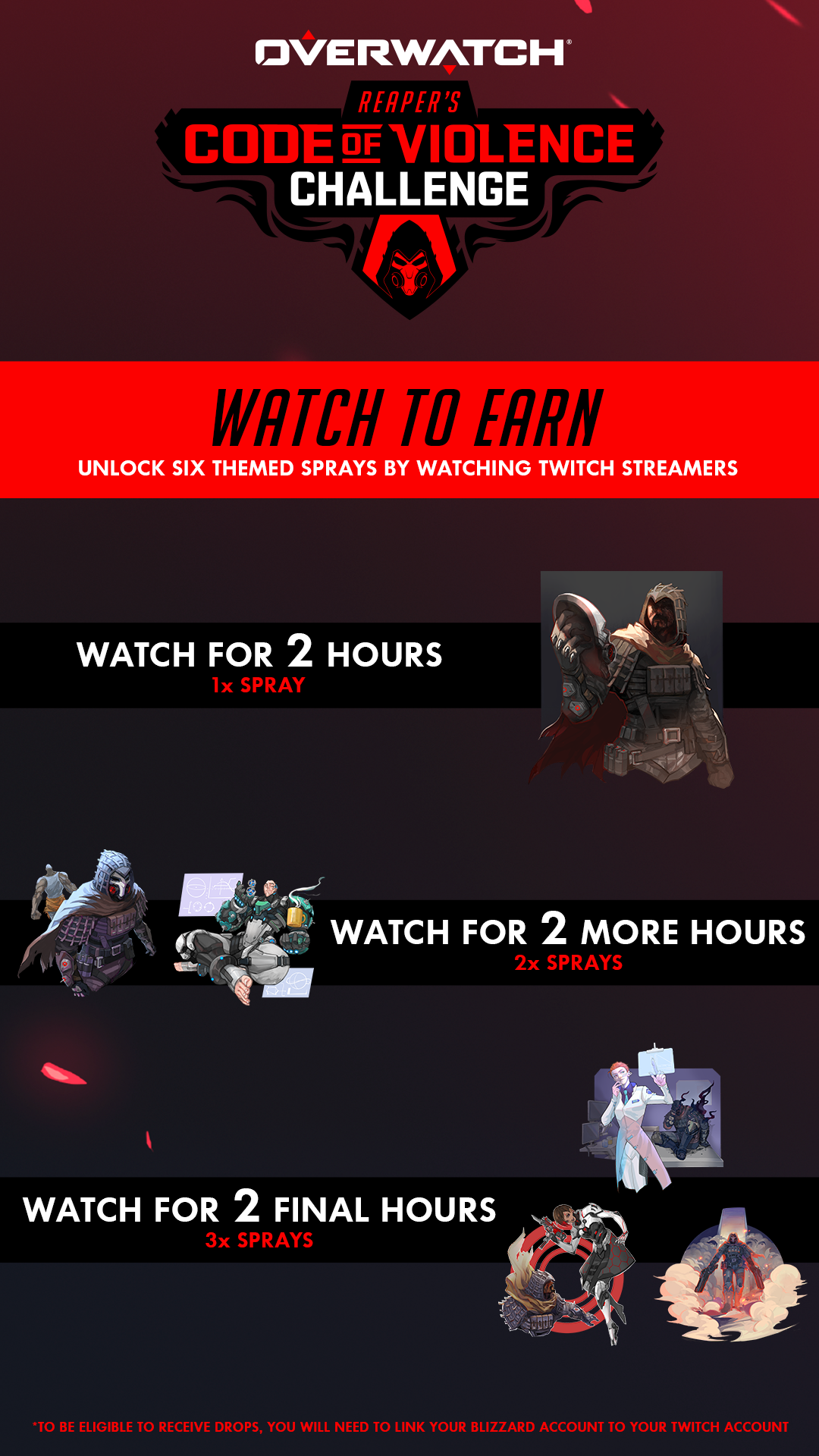 We’ll be spotlighting Overwatch content creators each day throughout Code of Violence Challenge! Catch some of your favorite creators throughout the event to unlock cosmetics.

Almost a year since the destruction of the Overwatch Swiss headquarters, the memory of the life Gabriel Reyes once led has become little more than a prelude to his new tale of violent vengeance. As he deploys on a critical Talon mission with his fellow operative, Sombra, Reyes ponders the cruel path that twisted him into the justice-hungry revenant he has become: Reaper.