“What?” says fellow gameplay engineer Zach Metcalf. “You mean like, the training wheels?”

“Like, now you can burn your hand, but you can also do things much more efficiently,” says Reed.

They’re talking about the new patch for Overwatch’s Workshop, the in-game scripting system that allows players to craft their own custom game modes. Along with adding new maps, tools, and quality-of-life improvements, the patch (available now on the Public Test Region, or PTR) lifts an unwieldy restriction that was designed to protect creators from crash-inducing errors. That’s the story of the Workshop in this patch: more power, fewer limitations, and—Reed and Metcalf hope—even cooler creations as a result.

Reed and Metcalf share a particular passion for the Workshop born partly from their personal histories. Reed is a seasoned Blizzard veteran who’s been on the Overwatch team since the very beginning; he was one of the first engineers to support the development of Workshop in 2017. A lifelong pianist, he switched from studying music composition to programming in college when he realized he was spending most of his free time making games.

Metcalf’s story is a bit different. When he was young, he played tennis at a high level, including a series of tournaments across the United Kingdom with a prestigious academy. He joined Blizzard in 2018, and started supporting the Workshop during its pre-launch shortly thereafter.

“Tennis is a perfect balance of agility, physical strength, and strategy,” says Metcalf. “There's something hypnotic about finding a groove in a rally, and it's that deep focus and determination that I think I carried with me into my own engineering work.”

Like Reed, Metcalf gets a thrill out of mastering a complex discipline, and he was pleasantly surprised to read stories of players deriving a similar thrill from the Workshop. It wasn’t all success stories, though. The more creators mastered the tools, the more feedback they heard. Reed and Metcalf listened. Every change in the new patch was fueled by player feedback.

“We basically took their frustrations and thought ‘hey, that is frustrating,’ and fixed it,” says Reed.

Custom Game Maps are a great example. Reed and Metcalf were astonished by the length that players were going to find appropriate environments for their maps.

“A lot of the popular game modes actually go to various places out of bounds in maps,” Metcalf says. “Like the roof of Havana, for example, because it’s a nice, flat plane where they can do arena game modes.”

To make things easier, Reed and Metcalf worked with the Overwatch map team to give creators three brand new maps that are available exclusively in custom games: Workshop Chamber, Workshop Island, and Workshop Expanse. Workshop Chamber is an enclosed 40x40-meter room. Workshop Island is the same size, but it doesn’t have a roof or walls. Finally, there’s Workshop Expanse, a blank 900x900-meter plane, and technically the largest map the Overwatch team has ever made. 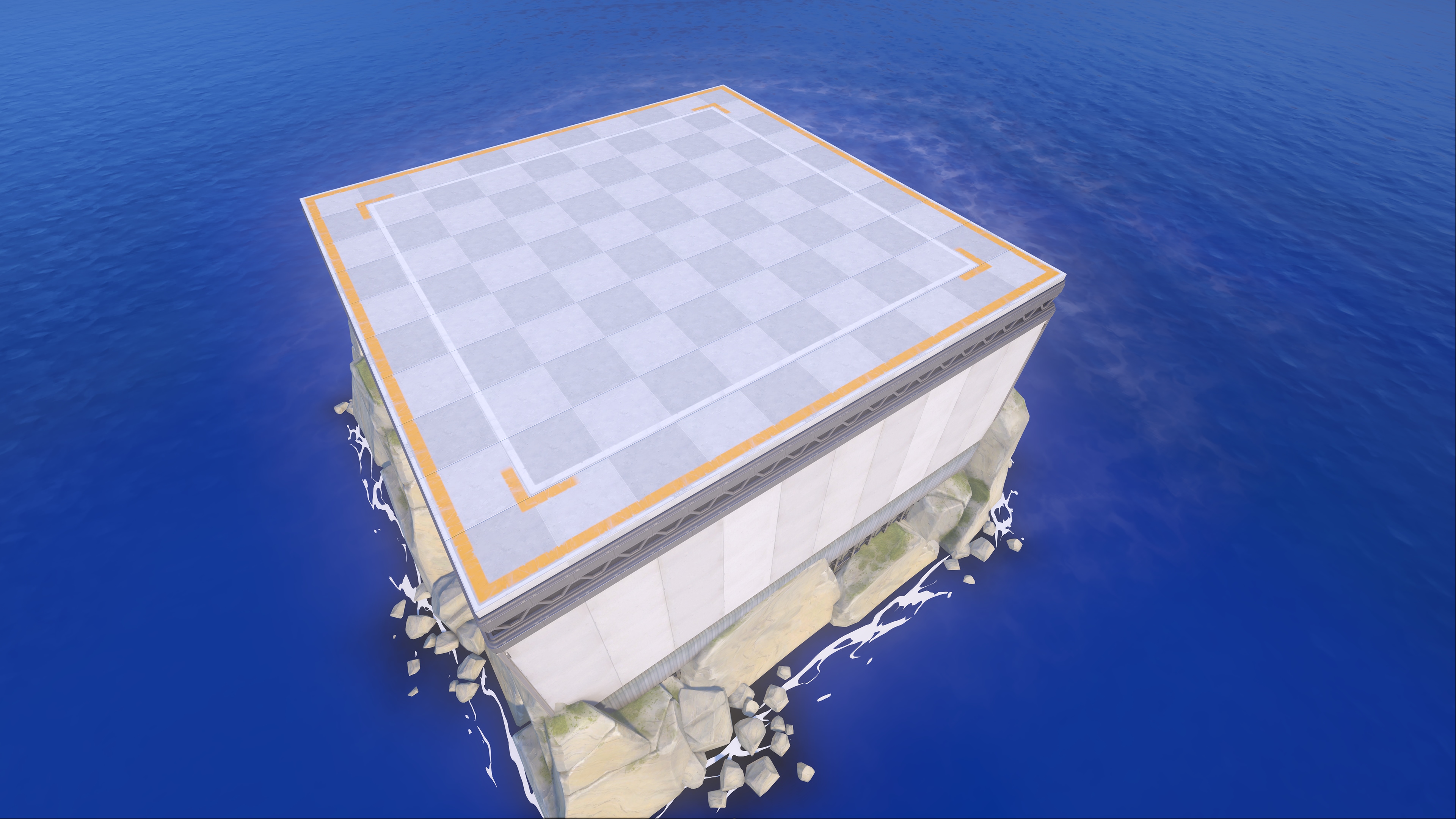 Another area of creator frustration concerned the lack of subroutines, a useful programming feature that Reed and Metcalf added to Workshop in the new patch. Subroutines, they explain, are basically separate functions that can be executed alongside other parts of the script. Without them, creators were often forced into risky workarounds that increased script size and complexity.

“Before it was either a lot of copied and pasted script, or kind of convoluted ways that they made certain rules trigger at certain times,” Metcalf explains.

One workaround was to make a rule that would run whenever a variable was switched from “false” to “true.” When the rule was done, that same variable would have to be switched back to “false.”

“It would be… painful to do it that way,” Reed says.

“Now that they have subroutines,” Metcalf adds, “it’s much easier for players to essentially quarantine off a specific section of logic and then call it when needed.”

This example is frustrating merely to think about, let alone actually implement in Workshop. The engineers say this secondhand frustration is what inspired all the updates in this patch, including the Script Diagnostics Panel, which tells a Workshop creator how close they are to the script size limits. This feature makes script rejections easier to anticipate and avoid. The devs hope tools like this will help creators learn to write scripts more efficiently. 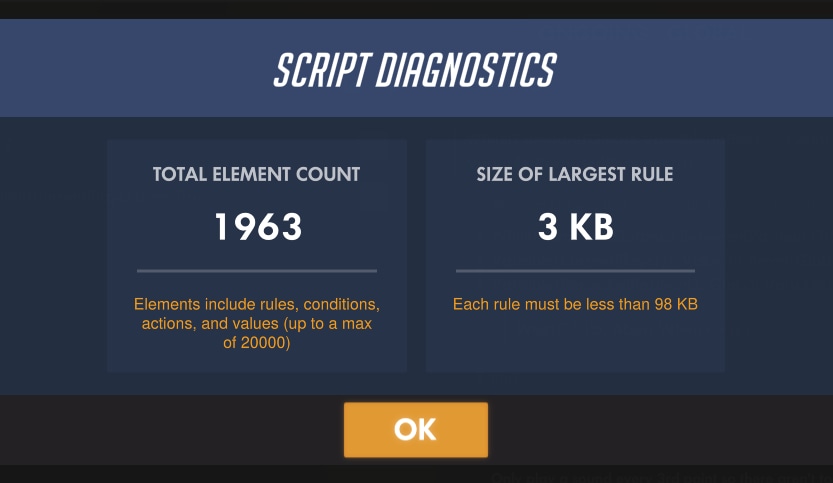 “We were amazed by what they were doing before,” says Metcalf, “so we’re even more excited to see what they’ll do with better tools and quality-of-life improvements.”

This faith in the Workshop’s creator community is what led the devs to supplement the other new features in the patch by removing the requirement that every loop be preceded by a “Wait” action. Though this restriction reduced the likelihood of an infinite loop crashing the game, it also bogged down scripts and limited what a skilled creator could accomplish. 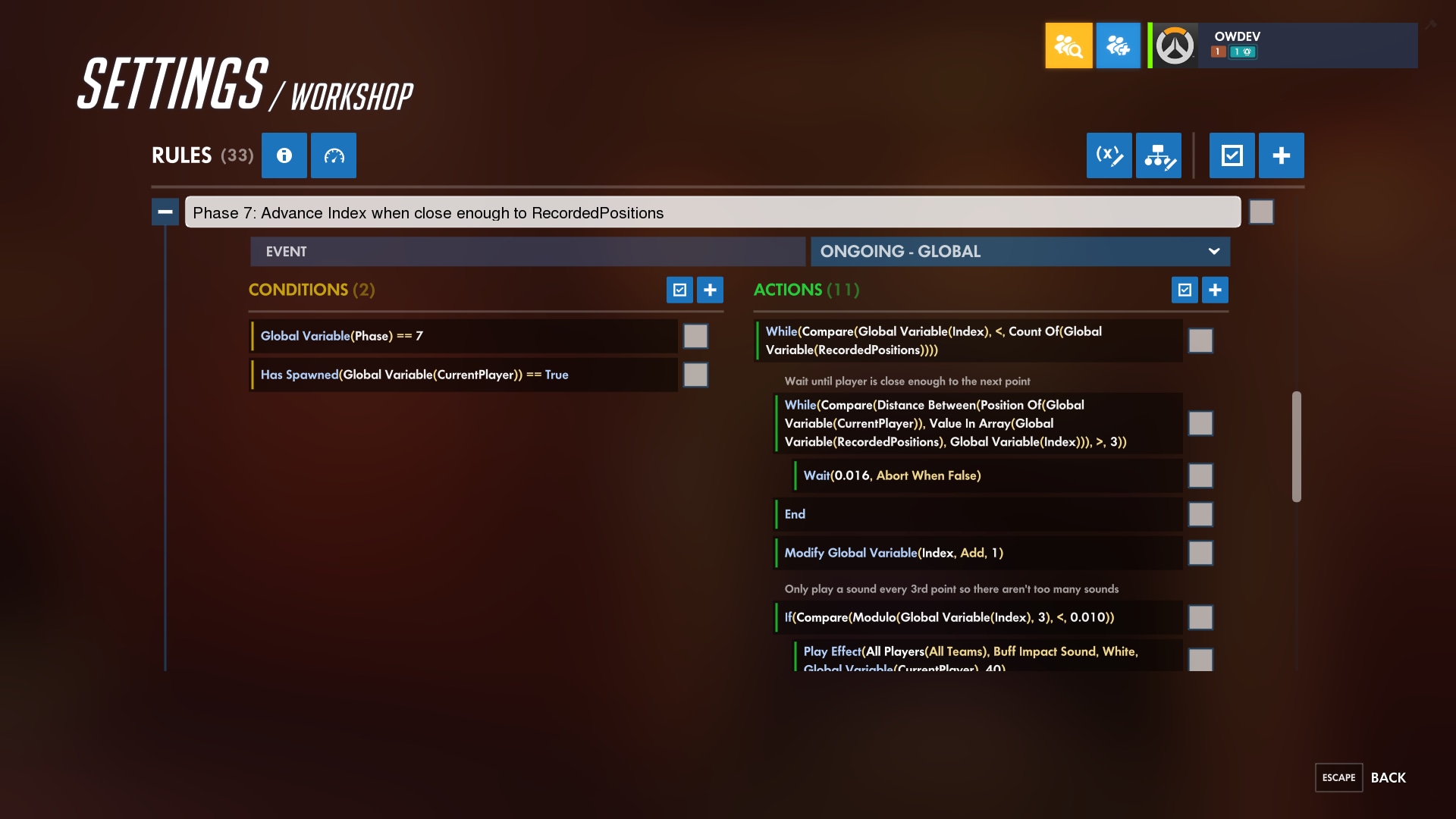 “With great power comes great responsibility,” says Reed. “But they’re smart people. We felt like we needed this before, but we don’t anymore.”

These changes are just the beginning. The devs hope the patch will give the players more freedom to explore the Workshop, and they’re excited to continue collecting feedback and adding new features in the future. In the meantime, they can’t wait to see what new and improved modes the players cook up with better tools—and fewer oven mitts.

Read the full patch notes on the Workshop updates, and check out the improved Workshop experience, live on the Public Test Region (PTR).

Just starting out? Learn how to get started creating new modes in the Overwatch Workshop!