The 2017 Overwatch World Cup Group Stage is on the horizon. Teams from the 32 qualified nations will travel to venues spread across four continents, where they will fight for their chance to compete as one of the final eight at BlizzCon.

Whether you're cheering for your country, for your favorite player, or just want to enjoy watching some of the best Overwatch action in the world, worldcup.playoverwatch.com will be your hub for live streams and VODs, match results, brackets, news, and more. Visit the site now for the full match schedule for all four Group Stage events.

Every match from each group stage will be broadcast live, presented at each stop by members of our Overwatch World Cup talent team: 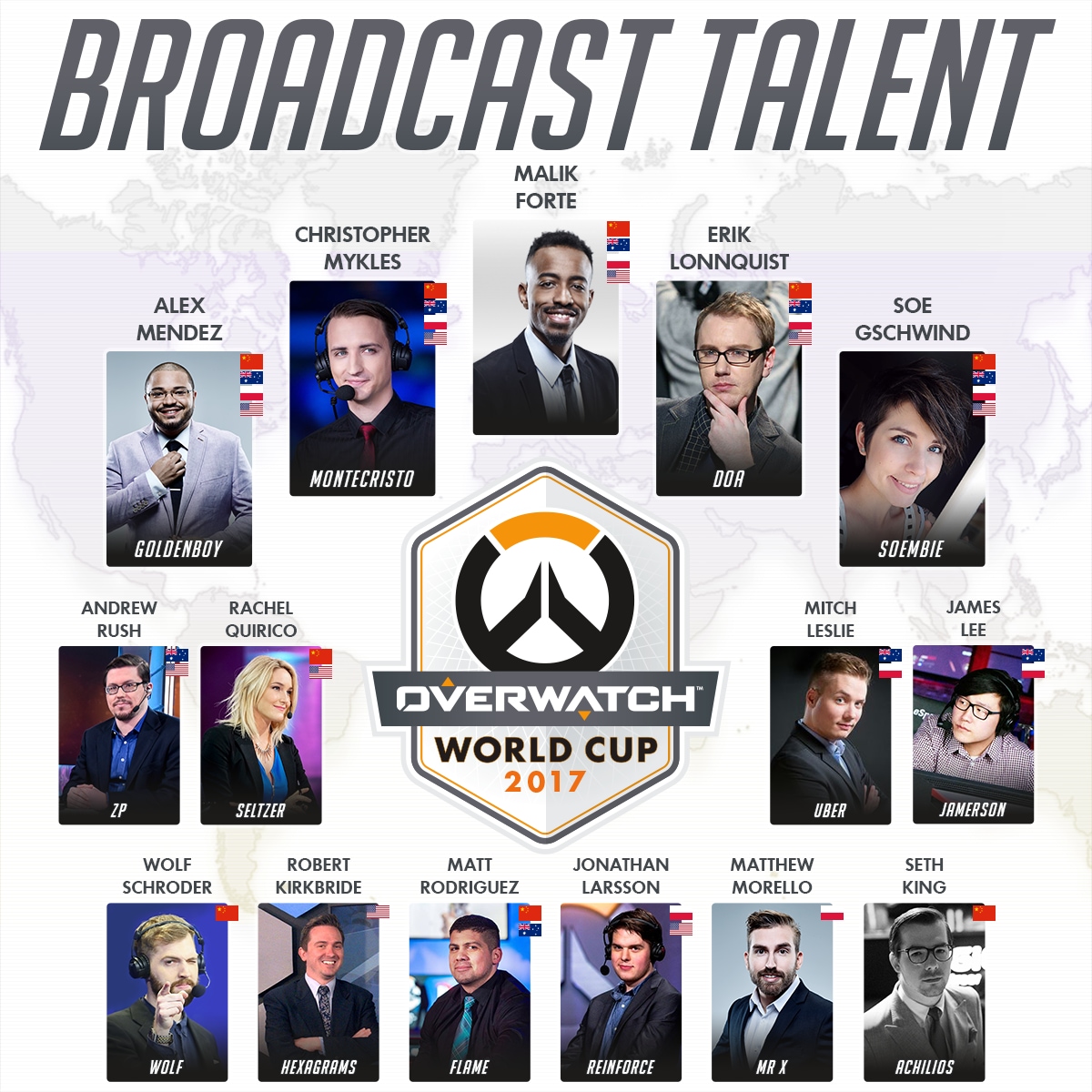 If your language of choice isn't listed here, fear not! There will be community-run channels for other languages listed on the official Overwatch World Cup team page on Twitch.