While preparations for the Overwatch League are busily underway, we know that the future stars of the league are out there, training hard and looking to make their mark. That’s why we’re creating opportunities now for players across the competitive spectrum to prove themselves in glorious combat, from the solo-queue superstars to the established tournament veterans. 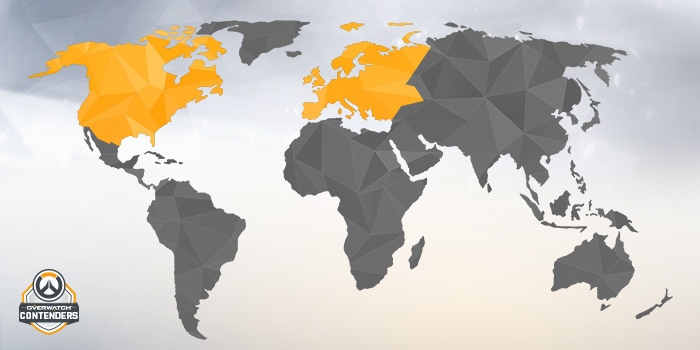 Blizzard is excited to announce Overwatch Contenders—the development league for aspiring Overwatch League professionals, kicking off this summer in North America and Europe. Over the first year of organized Overwatch competition, we’ve seen an incredible exhibition of skill at Overwatch APEX in South Korea, the Overwatch Pacific Championship in the Asia-Pacific region, and the Overwatch Premier Series in China. It’s time to bring that level of competition to the West.

If you and your team have what it takes to compete with the best in the West, Overwatch Contenders is your chance to shine. To find the top teams on the North American and European servers, Season Zero of Overwatch Contenders will be an open signup, online-only qualifier to determine the top eight teams in each of those two regions. Each of these tournaments will have a prize pool of USD $50,000. 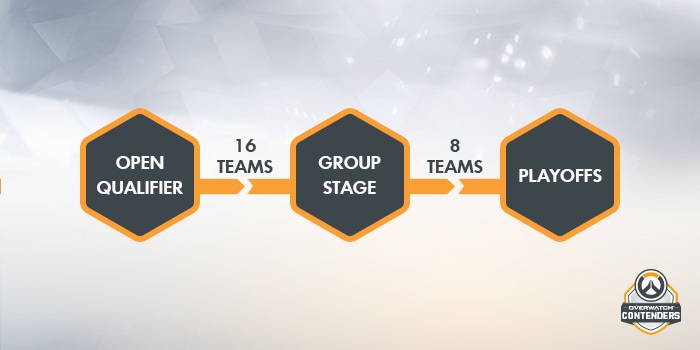 In North America, Season Zero’s top six teams will be joined by APEX participants Envy and Rogue for six weeks of round-robin play in Overwatch Contenders Season One. The top four teams will advance to an offline playoff bracket, where they will fight for their share of USD $100,000. Across the Atlantic, the top eight European teams from Overwatch Contenders Season Zero will also play in a six-week regular season for Season One. The four teams that rise to the top will be playing for a slice of a USD $100,000 prize pool in their own offline playoff bracket.

Of course, there is more than cash on the line—with organizations looking to fill their rosters for the launch of the Overwatch League, all eyes will be watching this summer’s competitive showcase. 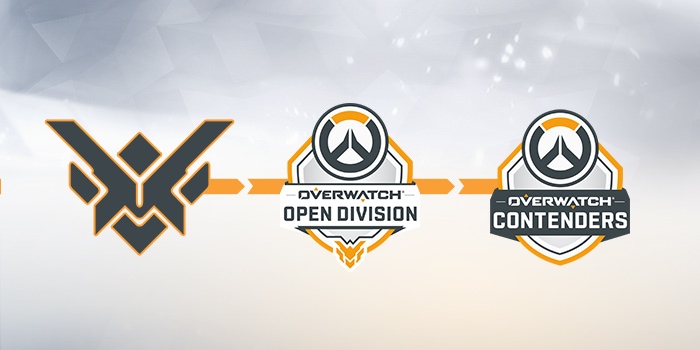 Once Overwatch Contenders is underway, up-and-coming teams will have additional opportunities to demonstrate their prowess via the Overwatch Open Division. This tournament series will take place in select regions around the world, and in 2018, will offer emerging teams a path to Overwatch Contenders seasons in each region. If you are Masters rank or higher, and you dare to see where your Overwatch skills can take you, then stay tuned for more information on Open Division signups.

For now, though, assemble your roster in North America or Europe and head to OverwatchContenders.com for more information and to register your team.