"I fought to survive, and I’m willing to fight for the world, too."

The latest installment in our series of digital comic shorts has arrived: Uprising!

In "Uprising," readers travel seven years into Overwatch's past, witnessing a flashpoint in the conflict between omnics and humans. On the eve of a historic peace accord, King's Row is seized by an extremist faction of robots known as Null Sector. The British government forbids Overwatch from interceding, which means Strike Commander Jack Morrison must decide whether to disobey orders or stand by while thousands of lives are in peril. 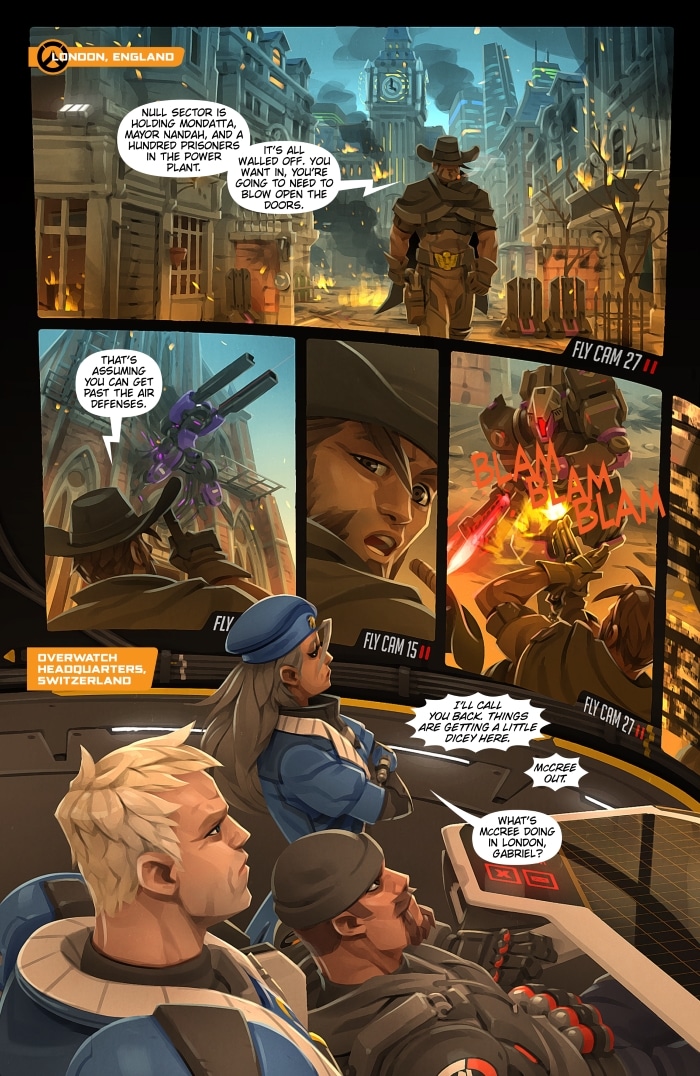 Written by Blizzard’s own Michael Chu and illustrated by Gray Shuko, "Uprising" is now available for download at comic.playoverwatch.com. You can also experience the action and sound of this story through the Madefire motion book on desktop, mobile, and Apple TV.

We hope you enjoy it and stay tuned for more Overwatch comics coming soon!