Next Thursday, delve deeper into the world of Overwatch with of our fifth animated short: The Last Bastion.

"The Last Bastion" tells the origin story of the inquisitive transforming robot, Bastion. In this episode, we follow the forgotten battle automaton as it unexpectedly reactivates after laying dormant in the wilderness for over a decade. Fascinated by its unfamiliar surroundings, the curious omnic begins to investigate, but quickly discovers its core combat programming may have a different directive... 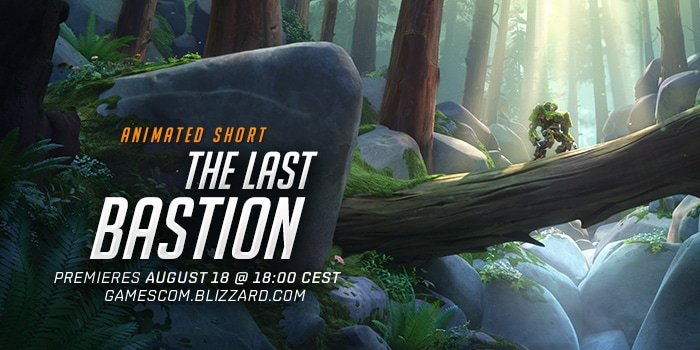 Save the date: "The Last Bastion" premieres exclusively at gamescom 2016 on August 18 at 9am PT. Watch online at gamescom.blizzard.com, or visit our official event booth in Hall 7 of the Koelnmesse convention center to watch it LIVE from the Blizzard Main Stage!