Justice will be done.

Dragon Slayer, the second in our series of free digital comic shorts, chronicles an adventure of Reinhardt—Overwatch's knight of a bygone age. An old soul who's spent most of his life on the battlefield, Reinhardt tirelessly continues his noble quest to fight for justice.

In "Dragon Slayer," the years have taken their toll on Reinhardt’s body and armor, but he hasn't given up his mission to make the world a better place. So when Reinhardt comes across a village that's being threatened by a vicious gang known as the Dragons, he picks up his massive hammer and does what any true knight would: protects those who cannot defend themselves. 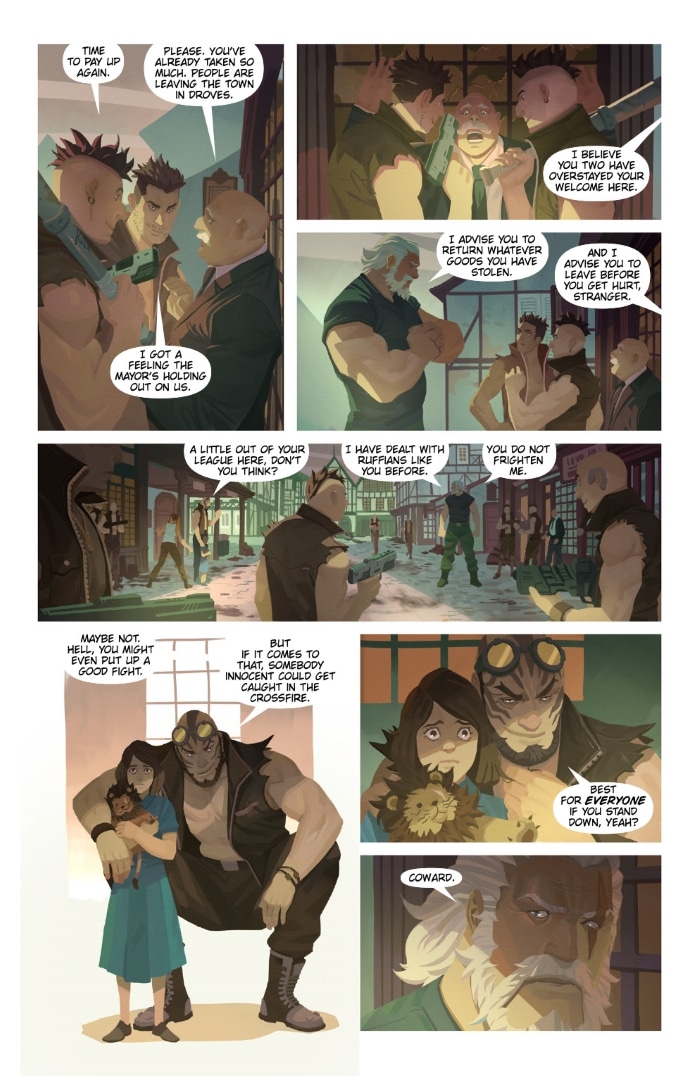 Written by Blizzard's own Matt Burns and illustrated by Nesskain (R.U.S.T.), "Reinhardt: Dragon Slayer" is now available to read in full at comic.playoverwatch.com. We hope you enjoy it, and stay tuned for more Overwatch digital comics coming soon!